Tom
It’s the key question every party organiser wants the answer to:

How many lollies for a candy buffet? 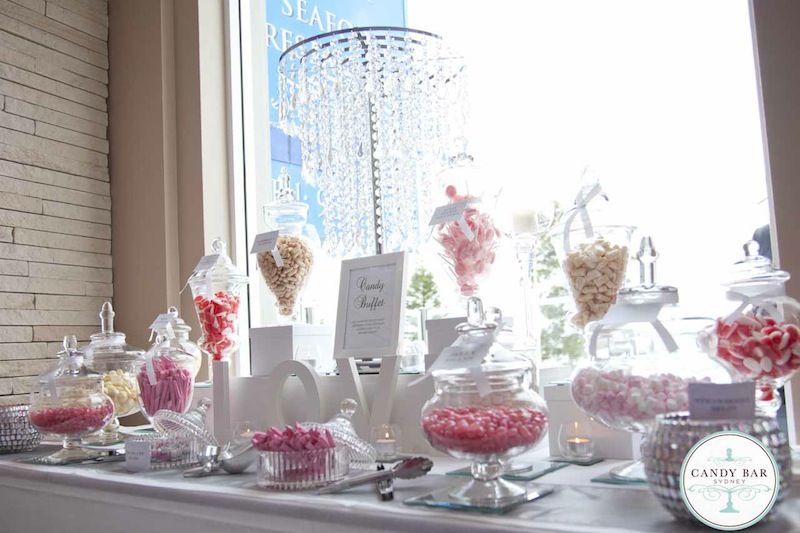 Is the candy bar for your local sports team, elderly people, women watching their figures, picky teenagers, a business group or ravenous children? Yup, how many lollies for a candy buffet isn’t rocket science but more like a snapshot of your social dynamics. The occasion and the type of guests attending is your guide. If it’s a very special occasion such as Christmas or Easter, a wedding, engagement or christening, appetites could be more generous. Guests are likely to be more restrained at a corporate function.

Candy Bar Sydney recommends a maximum of 150-200g per person, including take home favours. If you want to know how much candy that is, think of a Hershey’s basic chocolate bar which weighs 43g. How many of those could you eat in a single sitting, and then decide “Well, that’s enough!” and want to take some home for later?

If your candy buffet is for 30 people, then about 6kg of lollies should fit the bill. Especially if you have other sweet items such as cupcakes and macarons, or a birthday, wedding or christening cake. Many bulk lollies come in 1kg bags and larger and a lot of candy buffet jars hold about 1kg of lollies each. But it looks better on the table if you spread out the lollies, especially with a smaller candy bar. We’d recommend you include individual, larger lollies such as swirl rock candy lollipops which are 6cm in diameter and weigh 50g each. Rock candy crystal sticks  and swizzle sticks always make a visually dazzling impression and will add a whole new dimension of pizzazz.
Loot and lolly bags or noodle boxes are a staple for candy bars. If you’re concerned you’ve over catered and there might be lollies left over, take home bags will pretty much be your guarantee that the glass jars end up empty!
For large candy buffets e.g. 300+ guests, 150g of candy per person could be too much. That’s 45kg of lollies and a really big candy buffet table, after all. Let’s simplify the equation. The bigger the crowd, the greater the chance of having guests who might not eat any or hardly any candy. Although a crowd of 300+ children would prove us all wrong! Catering for up to 120g per person would be sufficient for a very large crowd that includes adults.
Quantities also depend on what other food you’ve provided and at what time of day your party is being held. People generally consume less at morning or afternoon occasions. They will eat more at designated mealtimes, especially if you also provide savoury items. Are lollies the sweet centrepiece or the trimmings at a lunchtime or dinner event? Will the candy buffet be dessert, or will it be available after the meal? Its role at your party will help determine how much candy you need.

HOW TO WORK OUT JAR QUANTITIES

Here’s a simple way to figure out what your candy containers will hold. Fill a medium-sized glass candy jar with rice, dried chickpeas or small pasta shapes such as fusilli and then tip it into a measuring jug to work out its volume.

♥ To fill a 250ml container with a single type of lolly, you’d need the following quantities:

We also recommend not filling a jar to the brim. This gives the top of the jar enough space to seal the contents… until devoured.

♥ Smaller containers such as footed bowls and compotes, including the popular Les Petite Sweets Small Compote by Rosanna, will hold no more than:

Read Next
How to create a vintage candy buffet